What is the RDEC scheme?

Through the RDEC (research and development expenditure credit) scheme, the UK Government aims to reward and encourage innovation. It provides tax relief to UK organisations that are subject to Corporation Tax and who carry out eligible R&D activities. The RDEC tax credit is worth 13% of qualifying R&D expenditure and can be backdated by two financial years.

What are the benefits of RDEC?

Many organisations wrongly believe that they do not qualify for RDEC because they are not turning a profit. Under RDEC, the benefit of R&D is accounted for within the profit and loss account – above profit before tax. This means the scheme provides one major benefit: RDEC is counted as above-the-line credit

Organisations that are making a loss can benefit from their R&D efforts and demonstrate stability. The benefit comes either in a liability reduction through Corporation Tax or via direct payment from HMRC.

What is the current RDEC rate?

The current RDEC rate is 13% of the qualifying R&D expenditure. But because the RDEC rate is paid net of Corporation Tax, the rate you receive equates to 11p for every £1 spent.

NOTE: the RDEC rate is subject to change and is announced within the Government Budget. The most up-to-date guidance can be found here.

Once qualifying activities have been identified, there are specific types of expenditure that can be claimed under RDEC.

Who can qualify for RDEC?

The RDEC scheme is primarily designed for large organisations. This is defined as those that employ more than 500 staff, have a turnover exceeding €100m or own more than €86m in gross assets. Additionally, these organisations must carry out and spend money on qualifying R&D activities, and pay UK Corporation Tax.

However, there are circumstances where SMEs must make claims under the RDEC scheme:

What activities qualify for RDEC?

The Department for Business, Energy and Industrial Strategy, which publishes the guidelines for the RDEC incentive, is very clear about what constitutes as qualifying R&D:

R&D for tax purposes doesn’t have to mean reinventing the wheel: it’s also solving problems that your business faces on a day-to-day basis in a new way, or having to overcome a challenge that doesn’t have a straightforward solution.

If you’re taking a risk by spending money on creating new products, processes, services, or knowledge (or developing and improving what already exists) then it’s likely that you’re carrying out R&D which RDEC can reward. 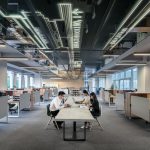 What expenditure qualifies for RDEC?

Once qualifying activities have been identified, there are specific types of expenditure that can be claimed under RDEC. These are:

Expenditure that is NOT covered under RDEC includes:

For more information on claiming R&D capital allowances, click here. This can include tax relief for equipment, property and staff vehicles used in connection with R&D activities. They are often claimed alongside RDEC.

If your company holds any patents, you could be eligible for Patent Box relief.

What are the RDEC seven steps?

To ensure an RDEC claim is successful, the organisation must follow the RDEC seven steps:

Although SME R&D projects can be claimed under RDEC, it is not as beneficial.

How to make an RDEC claim for large companies

Whilst not required, you should also include a summary paragraph to highlight the criteria under which the project’s activities constitute R&D to prove eligibility. As well as financial analysis to show how the R&D expenditure credit calculation was done:

How to make an RDEC claim for SMEs

Although SME R&D projects can be claimed under RDEC, it is not as beneficial. The UK Government offers an better alternative – the SME incentive – which allows businesses relief on up to 33.35% of their development costs. An SME for R&D tax purposed is defined as having less than 500 staff and a turnover of under €100 million or a balance sheet total under €86 million. Connected and partner companies attached to your business might impact this and you cannot claim SME relief if you have been subcontracted by another company – although you can still claim RDEC.

It may be that different R&D projects are eligible for different schemes, which is why it’s important to identify relevant projects. Whilst not mandatory, it’s a good idea to produce a technical narrative (no more than five pages) to explain the development process in more detail to prevent any issues with the RDEC claim.

No, unlike the SME scheme, RDEC is not a form of state aid. RDEC is a tax incentive to promote innovation. The UK Government has committed to spending £22bn by 2025 to support large companies with their R&D efforts, which in turn will boost the UK’s competitiveness on a global scale.

What does RDEC stand for?

Can an SME make an RDEC claim for independent research?

Yes. Unlike The SME Scheme, RDEC does allow organisations to claim contributions to independent research.

Can I apply for RDAs and REDC?

Research and Development Capital Allowances (RDAs) and RDEC are completely different schemes but when the costs are claimed from one scheme, they cannot be claimed in the other.

Can I apply for Patent Box credit and RDEC?

Yes. Although the RDEC scheme and the Patent Box scheme are different (Patent Box allows UK companies with ownership/licensing rights to reduce Corporate Tax on some of the profits by 10%) they can be combined to significantly reduce tax liabilities.

What happens to capped RDEC claims?

While HMRC does cap the credit to the total value of the PAYE and NIC contributions for the workers involved in this RDEC claim, any excess amount can be carried over to the following year’s claim period.

RDEC is an R&D incentive aimed at large businesses. As the UK Government looks to encourage and reward scientific and technological innovation, it provides tax relief to UK organisations that carry out and spend on qualifying R&D.

In this article, we take a deeper look at the benefits offered by the RDEC scheme, who and what qualifies for RDEC tax credit, the RDEC seven steps, and the process of how to make an RDEC claim.